Digital communication has always seemed like the opposite of sex to me.

My fellow pro-dommes (and pro-subs, and pro-switches) inspired in me a newfound gusto for all the things I had never liked about being a girl during my adolescence. And while I’ll admit that the context of performance and the reward of cold hard cash were my first motivations in constructing a feminine persona of grace and charm, I eventually amplified my sexual id through the gleaming sound system of this new persona.

I called her Tina Horn (after fictional teenage temptress Audrey Horn of Twin Peaks, and soul survivor Tina Turner). Sex work permitted me to invent a fantasy character I could embody, and it was thrilling. I became well known for my intelligence and my healthy ass, and I was very successful.

The house had a simple website, and some presence on an online forum for sex work. With a couple of fetish gear pictures and a few hundred seductive words, I advertised time with Tina Horn to the world. I emailed with a few of my clients to arrange appointments, but mostly we booked over the phone.

It never would have occurred to me in a million years to give Tina Horn a Facebook page, or even to keep a blog. Rather, I created an ironclad persona that dematerialized and rematerialized at the discretion of my clients. This was part of the sustainability of this work. Intimacy with the Real Me was not on the menu. 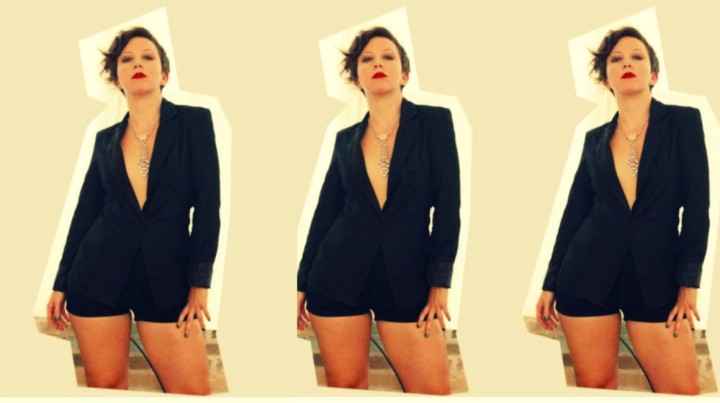 Including fallibility. Many tools of the sex trade that I learned in that house have stuck with me for life. One that really stands out? “Mistresses don’t get sick.”

The house had a rule. If your coworker was ill, and you had to cancel her appointments for her, you never told her client the true reason. We made excuses: the house had accidentally double booked her, or, “We’re so sorry, but unfortunately she has unexpected, important business to attend to.”

Our boss had decided — around the time she started the house in the mid-nineties — that it was important to maintain the mystique of the Mistresses. Our clients didn’t need to know we were fallible. (Or that we were grossly snotty.)

This made complete emotional sense to me. Tina Horn did not exist outside of the walls of the house. I was safe to explore dangerous zones because it all happened within a very structured and heavily boundary-ed system.

The original “Tina Horn” was like a robot. You put a coin in her slot, so to speak, and she powered up to perform a custom dance for you. She was clever, she was naked, and she tied you up. You could spank her and she would squeal with delight. She would totally kiss other robots. She cared about your problems and she had a penetrating gaze that looked deep into your soul. When you left the house satisfied and several pounds lighter, Tina Horn powered down. Which meant that I could eat a sandwich, giggle with the other girls, count my money, do my paperwork, change into my bike shorts, and leave the house.

I animated Tina Horn, but I was not Tina Horn.

This was around 2010, and people were starting to get really serious about Twitter. I thought Twitter was fucking stupid. It felt like a short-form promotional tool that I didn’t think I needed.

How could anything I said ever be truly serious, when it was couched within the raunchy concept of tweets emerging from my butt hole? And they were right. Eventually, I took over the account and started tweeting in earnest. Now that I understand the essential role that Twitter plays in being a public figure — now that I’m a journalist, writer, media-maker, and modern prankster — @TinaHornsAss is still the account I use.

And the irony remains that even after almost five years, Twitter and I still don’t really jive. It still feels like an unpaid obligation. I can’t ever seem to find my voice. I struggle to balance ethics and mediate my own love of attention. I agonize over 140 characters: concision is not exactly my forte.

Digital communication has always seemed like the opposite of sex to me. In a room, I feed off the sexual energy of another person. Without that nervous system interaction, I grow exhausted and burn out quickly. Twitter makes me feel that way, too. It doesn’t give me anything I want. Sometimes my followers and I interact, but at this moment I have 7,781 followers, and I interact with maybe 50 of them — mostly colleagues — and occasionally fans. Unlike a client in the BDSM house, I can’t look them up and down and read them. I don’t know how to be Tina Horn to them.

In Program or Be Programmed, Douglas Rushkov reminds us that the point of all Internet activity is to be social. In my concept of her, Tina Horn doesn’t socialize. Or rather, she does in controlled environments. When I socialize with another queer porn performer, I do so as The Real Me. But when @TinaHornsAss talks to, say, @AndreShakti, we are interacting with the knowledge that our fans can voyeur, and that this interaction is good for business. But that doesn’t give me the social satisfaction of human connection — it makes me feel like I’m putting on a promotional show. I’ve yet to be convinced that this is good for business, or that it’s meant to satisfy anything other than my ego.

But I learned to use Twitter. I learned to give out the information I wanted people to know. I basically tweeted any time I felt “on” as Tina Horn — when I was shooting a scene, or attending an event “as” Tina.

Nobody else seemed to think this was reasonable. They were tweeting their impulses, their dark emotions, their vitriol, when they were going to sleep. The closest intimacy I felt comfortable sharing was how I liked my coffee.

I tried to teach myself to get pleasure from it. Like the occasional dopamine rush of seeing my work retweeted by someone I admire. Once I posted a dream I had about Samuel Delaney, and he responded with a story about Tim Curry. That felt magical, like a real connection with a distant icon.

Trying to find pleasure in social media kind of felt like trying to develop a taste for cigarettes even though they made me nauseous. As we all know, cigarettes make you cool and help you relate to others. And some people really take to them. But there’s probably a reason they make me nauseous. I’m not built for cigarettes, and I’m not suited to Twitter, and I don’t really understand why I should condition myself to need something that feels bad for me.

I am aware that my aversion may simply be a defense mechanism. It is possible that I have convinced myself that if Tina Horn doesn’t have an inner life, I am protected from the horrible things society tells me will happen to me because I’m a whore. That my father will be disappointed in me, that I will be shut out of the jobs I want, that I will lose my ability to have intimate orgasms, that I was just doing it for the attention.

On one hand, I’ll admit that it’s incredible for people who enjoy my sex performance to see what I have to say — about sex, or coffee, or music, or an article. But on the other, sometimes I get the impression that people feel entitled to it because of what I am — which is a whore — and what I do‚ which is making money by working hard at the words and sex I love. I feel as if the world expects me to outsource my imagination, and every ounce of my gut screams at me to stop. After all, my imagination is my livelihood.

And yet I tweet on, because I still believe in the potential, and because I am afraid of becoming obsolete. But I long for the time when I was allowed my simple private moments; when I could count my $20 bills, put on my street clothes, and just go home.